Benign enlargement of the prostate gland (BPH = benign prostatic hypertrophy, prostate adenoma):
Benign enlargement of the prostate gland spreads from the central area of the prostate which forms a sheath around the urethra. It increases with age, beginning around age 40. The degree of patient discomfort is not determined by the extent of increase in volume. Symptoms of BPH include weakening of urine jet, increased difficulty in emptying the Bladder and a feeling of incomplete voiding; possibly also increased urge to urinate and nocturnal urination.

Prostate carcinoma (prostate cancer):
Prostate carcinoma is the most frequent tumour in men, and occurs mainly from age 55. Urological early screening methods (which include testing of PSA, prostate-specific antigen, blood sampling and palpation via the rectum) are making it increasingly possible to diagnose locally restricted stages of tumour growth, which respond well to therapy.
Diagnosis is confirmed by prostate biopsy, which is carried out via the rectum with transrectal ultrasound-controlled prostate cylinder biopsy. At least 10 cylinder samples are taken, which are assessed by a pathologist.
The choice of therapy is influenced by the qualities of the tumour (grading, Gleason score), the number of positive biopsies and the PSA levels, and also by the patient’s age and accompanying disorders.
Possible choices are the total surgical removal of the prostate gland (radical prostatectomy), radiotherapy from external source through the skin (percutaneous therapy), “larding” of the prostate gland with radioactive seeds (brachytherapy, permanent seeds). 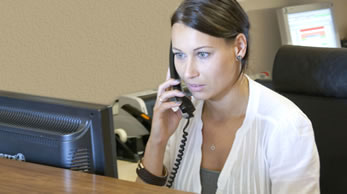